The historical city of Raebareli is situated 70 km towards the southeast of Lucknow, the capital of Uttar Pradesh. Raebareli lies on the bank of River Sai, which runs for 51 miles and supplies water to all the nearby areas. Raebareli city is the administrative headquarter of the Municipal Board of Raebareli district. This was established as a district by the British Empire in 1958.

This eminent city was ruled by ‘Bhars’ dynasty for many decades and thus came to be known as ‘Bharauli’ or ‘Barauli’ which today has morphosized to Bareli. The prefix ‘Rai’ is coined from the names of Kayasthas and Munihars who constituted a significant part of the city population for many years. Some distinguished names are Rai Saheb Naseerabad, Dr. Shankar Dayal and Kali Sahay Saheb. 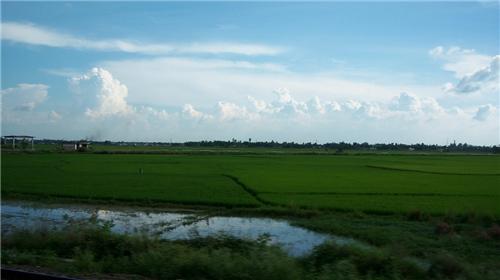 Raebareli is the political citadel of Nehru and Gandhian family. Pandit Jawaharlal Nehru’s son-in-law Feroz Gandhi belonged to Raebareli and it was his political constituency. After his unfortunate demise this became the electoral centre of his wife Smt. Indira Gandhi, who won the election from Raebareli and became the first Lady Prime Minister of India. The National Congress Party still exhibits its stronghold in this province and the youngest scion of Gandhi family, Rahul Gandhi, contests from this region.
Besides its historical and political importance this city is the workplace of some of renowned industries in India. Raebareli houses one of the six manufacturing units of ITI Limited (Indian Telephone Industries Ltd). It is the centrestage for Indian Railways dream project to establish a Rail Coach Factory that designs technologically advanced rail coaches and provides employ ability to the local population. The Uttar Pradesh State Sugar Factory is based in Munshiganj area of Raebareli district. Also, this district has a NTPC power plant in Unchahar, Raebareli.
The old city of Raebareli is known for its architectural creations. The famous fort erected in 1430 A.D. and the tomb and palace of Nawab Jahan Khan, the Governor of great conqueror Shah Jahan are beautiful monuments to see.

Places to Visit in Raebareli 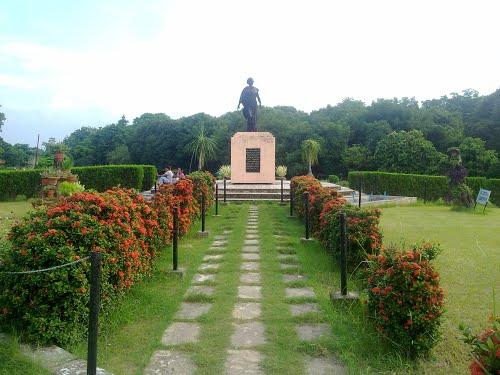 The Garden is an attractive tourist spot that has cultivation of various flowers, fruits and vegetables over an area of 57 hectares. This beautiful botanical park is situated on the left side of Varanasi-Lucknow highway. It was built in 1986 to restore ecological balance and grow various botanically important plants to educate people.

It is established on Sai River. The most distinguishing feature of Behta Bridge is that at this junction Sharda Canal crosses River Sai through an aqueduct that is built in the river. 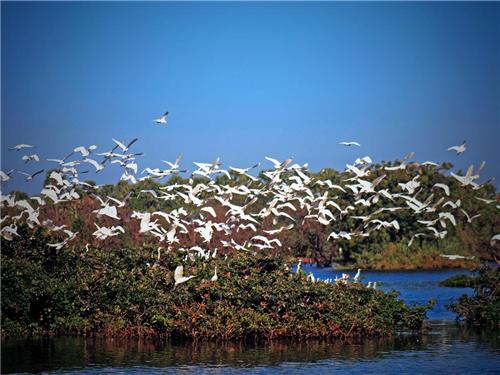 Samaspur Bird Sanctuary is the most sought after tourist destination in Raebareli. This is established in Rohaniya district block in the outskirts of Raebareli. This sanctuary is spread over an area of 799.371 hectares at Varanasi-Lucknow Highway. The nearest railway station to reach Samaspur is Unchahar and you can fly to and from this place by the Fursatganj airport that is most close to the sanctuary. One can spot more than 250 species of birds nesting in Samaspur Sanctuary. The perfect time to spot many flocks of colourful birds is from November to March. There are various species that fly from far off place and reside here in cold days.

Jais is an ancient city that has remains of the medieval architectural forms. This was the capital city of King Udyan. Also, Malik Mohammad Jaisi, a renowned poet belongs to the town of Jais. The Jaisi Smarak that people visit is made on the name of this famous poet.

Dalmau is yet another interesting place to visit in Raebareli district. This is an ancient town situated at the bank of River Ganga. When you are at Dalmau it is a must to see King Dal’s Fort, Bara Math, Mahesh Giri Math, Ebrahim Sharki’s well, Baithak of Alhaa Udal and Nirala Memorial Institute.

Raebareli faces extreme temperature in summers and winters being a tropical terrain. During summers the temperature reaches a maximum of 42 degrees and it is considerably unpleasant to travel here. The most appropriate time to visit is between October-January when it is much pleasant for sightseeing.

How to Reach Raebareli

Raebareli is a tourist place well connected with nearby cities. The most convenient mode is to travel by trains. Trains are regularly available from nearby stations like Lucknow, Allahabad, Bareilly, Haridwar, Dehradun and Varanasi. The city of Raebareli however does not have an airport. The nearest airport is Amausi or Delhi. Alternatively you can plan a trip by road, buses and taxis are available from all major cities in India.