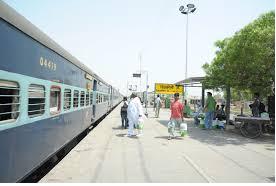 One of the rich historical places of Uttar Pradesh is Raebareli district. Situated along the banks of Sai River, the city is based around 70 km south-east of Lucknow. Famous for its rich inheritance, architectural brilliance, and historical importance of being a part of Indian Freedom Movement and for its industrial base with famous companies like Indian Telephone Industries, Rail Coach factory, Birla Cement Factory and NTPC Ltd the district is a popular destination for tourist visit throughout the year. Apart from this the district is also well populated which needs better service in all factors. In such a scenario one of the most important factors in good administration of the district is the availability of sufficient comfortable transport system. In Raebareli, the transport facility is governed by government transport and private transport companies. With the combined effort of these two, traveling in and around Raebareli is an absolutely easy task.

Operating under the Northern Railways of Lucknow Char bagh division, trains are one of the best options to travel to various parts of the country. Having four platforms, Raebareli Junction Railway Station has more than 46 express trains traveling through it and reaching various destinations across the country. The station code for Raebareli is RBL and the nearest stations to Raebareli are Daryapur and Gangaganj stations which lie within a distance of seven to ten kilometers. However, Bachhrawan is the nearest major railway station to Raebareli, which has considerable number of trains passing through it. It may be noted that several trains pass through Raebareli Junction but there are not much trains starting or leaving from the station except for Kanpur Central station, Unchahar Station and Raghuraj Singh Station.

Raebareli is well connected with some of the major cities of the country and the rest is inter-connected with other trains which makes communication to any distance simple and easy. Few of the destinations covered by trains passing through Raebareli Junction are Lucknow, Allahabad, Varanasi, Jaisalmir, Shaktinagar, Puri, Pratapgarh, Bhopal, Faizabad, Howrah, Amritsar, Jodhpur, Bareilly, Dehradun, Lal Kuan, Prayag, Jammu Tawi, Saharanpur and others.

The nearest airport to Raebareli is Chaudhary Charan Singh International Airport at Kanpur Road Amausi Lucknow which lies at a distance of 80 kms from Raebareli. Other airports which are closer to Raebareli district are Kanpur airport, Bamrauli airport and Varanasi Airport. However, since Lucknow airport is the nearest one traveling through it is the best arrangement. There are several flights flying from Lucknow to major cities like Ahmedabad, Bangalore, Delhi, Goa, Hyderabad, Kolkata, Mumbai, Patna, Trivandrum and Varanasi. The best part is there are considerable numbers of flights arranged by Indigo, Jet Airways, Air India, Jet Lite etc.

Since it is a International Airport several foreign destinations like London, Paris, Bangkok, Singapore, Zurich and others can be visited from here with fights at regular intervals.

The distance of Lucknow Airport to Raebareli can be easily covered in a time span of little more than an hour depending on the traffic situation and it can be travelled through various cab services available Rs 9 to Rs 13 per km depending upon the type of car choose to travel.

Some of the popular and major destinations are covered by buses from Raebareli like Kanpur, Allahabad, Lucknow, Mau, Varanasi, Faizabad, Patna, Ghazipur and many others. The buses run almost every day to various destinations and at regular intervals. The private company buses which operate in these destinations are Shukla Bus Services, Meeraj Bus Services and Satguru Bus Services.

However, if the requirement is to have a personalized travel mode with absolute independence then none can compete the comfort of travelling with the best cab services available in Raebareli. It may be noted that car services are much costlier than other modes of travel but since there are several agencies operating in Raebareli, a bargaining over the rates is possible to extract the best deal. The price however, is dependent on type of car choosed and the distance travelled. Six seaters and eight seaters SUV obviously cost much higher to smaller regular cars. The best part of travelling in a car is to travel to all those places and reach those impossible locations where public transport is not present.

Cab services are also available in Raebareli for outstation destinations. The rates for longer distances travel is little different from the regular day or two bookings. There are overnight charges and overtime charges implemented in those cases. However, it is important to do all kinds of verification including a reputation check prior to, booking a car. It is advisable to contact only the experienced cab agencies who are operating in the market for long and is absolutely trustworthy. Some of the bigger names in this business are Al sakeena Travels, KGN Travels etc.

Apart from these usual transport medium, traveling a shorter distance in Raebareli can be done over the motorized rickshaw or the auto rickshaws which takes quite less fares to travel distances. The auto rickshaws are elongated ones having space to sit for six to seven people at a time. One can also book an auto to travel distances or for a designated time period with a pre-decided fare. In Raebareli there is a huge popularity of bikes and cycles which makes traveling easy for many natives of the district without the hassle of depending on public transports.

Traveling in and around Raebareli is actually a simple activity considering the number of options available to move around. One just needs to gather the requirement and choose accordingly. However one thing is sure almost all places are well within reach from Raebareli.