Bird Sanctuaries, wildlife sanctuaries and forest reserves are said to be assets of a state. The state of Uttar Pradesh is blessed with one such very famous bird sanctuary in its heartland at Raebareli named as Samaspur Bird Sanctuary. The 27-year-old bird sanctuary is a paradise for bird lovers. Many of the migratory birds choose this place as their abode in cold winter days. Additionally, you would spot various colourful indigenous birds here that flock all around the year and make the land look heavenly. 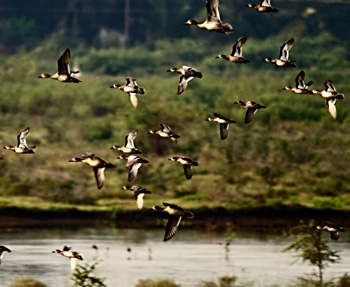 This bird sanctuary was established in 1987 and comprises of a vast area of 780 hectares. It has six wetlands and is estimated to have more than 250 species of birds. The bird’s populace constitute of residents as well as migratory birds. The migratory birds fly for more than 5000 kms away to arrive and reside in Samaspur for breeding and nesting. Beyond this the lake in Samaspur Bird Sanctuary houses twelve different varieties of fish.

The best time to visit Samaspur Bird Sanctuary is from November to March when the migratory birds come and inhabit these forests densely. It is that time of the year when locals and tourists pull together to spot some of the colourful birds like Comb Duck, Spot Bill, Spoon Bill, Kingfisher and Vultures. Nonetheless, it is melting to see migratory species like Greylag Goose, Pin Tail, Common Teal, Vision Showler and Surkhab.

It is highly essential for a bird sanctuary like Samaspur where majority of bird species are feral to have some water bodies or wetlands for feeding. More so, these water bodies must be shallow to enable the predatory birds to survive in this habitat. Samaspur Bird Sanctuary has 6 wetlands out of which 5 are interconnected and one wetland is standalone. These wetlands form an important nesting and feeding ground for birds especially the Waterfowls.

Samaspur Bird Sanctuary witnesses uncountable numbers of Waterfowls migrating towards South Temperate Zone in winters. These birds are extremely dependent on low wetlands and marshes for their feeding and nesting. The wetlands of Samaspur Bird Sanctuary are dirtied with various human interventions. These human interferences are slowly reducing the numbers of migratory birds visiting Samaspur year after year. As a result, there is a reduction in numbers of Pintails and Common Teals arriving here. 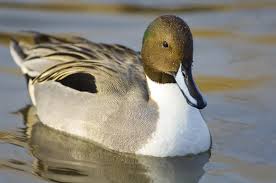 Pintails are large ducks from North America and Europe. These migrate towards South or at the Equator in search of breeding grounds during winters. Pintails feed on plant food by dabbling in the water and nest on ground near the lake. They live in flocks and make loud sounds.

Common Teal or Eurasian Teal is the smallest dabbling bird on Earth. These exist in large population globally and migrate towards South in winters. Common Teals reside in sheltered wetlands and feed on aquatic food or invertebrates alternatively. This clan of bird is highly gregarious after its breeding period. 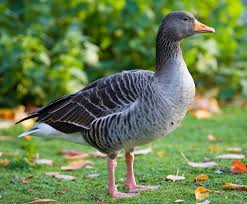 Greylag Goose is considerably large and bulky in size. The suffix “lag” denotes that this Goose’s lags behind other Geese population. These birds are primarily migratory and fly towards South or West during winters seeking food and breeding shelters.

Surkhab or Ruddy Shelduck form a minor population of duck, goose and swan family from North West Africa and Ethiopia. They have an orange and brown colour plumage with paler head. These are migratory birds residing in Indian subcontinent during winters. They breed in burrows and tree holes away from water and live in pairs.

How to Reach Samaspur Bird Sanctuary

Samaspur Bird Sanctuary is well connected from all the neighbouring cities. It is located 122 Kms from Lucknow on Lucknow-Varanasi Highway and comes under the Rohaniya Development Block of Uttar Pradesh. This makes it easier for travellers to plan a road trip to Samaspur from Lucknow. Alternatively, one could arrive via rail; the nearest railway station is Unchahar, Raebareli whereas Fursatganj is the closest airport to reach Samaspur.