MPs and MLAs in Raebareli 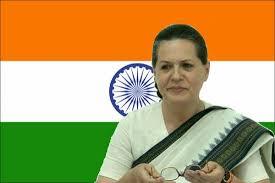 In India every individual has the right to caste their preference of political parties or individual candidate through voting system and elect a suitable person for their locality, area, district, city, state and even the country. Any location of the country is represented both in Lok Sabha and Vidhan Sabha with respective elected members focusing on the growth of the area.

Raebareli being a part of Lucknow division and an important district of Uttar Pradesh, receives the same treatment and there are elected members representing the place in Parliament as well as in Legislative Assembly. Raebareli constituency is considered as one of 80th Lok Sabha constituency in Uttar Pradesh and consist of five Vidhan Sabha segments which include:

Sonia Gandhi: Sonia Gandhi is the Member of Parliament for Raebareli Constituency. Raebareli has always been a preferred constituency for the Indian National Congress since the city has supported member of this party for years. Be it Feroze Gandhi or Rajendra Pratap Singh, Indira Gandhi or Arun Nehru, Satish Sharma or the present elected member Sonia Gandhi. It may be stated that from 1951 to 1977, 1980 to 1996 and from 1999 to the present day, Indian National Congress holds the MP seat for Raebareli Constituency.

Sonia Gandhi was born in Luisana, Italy and studied English, in Bell’s Educational Trust in the City of Cambridge. Here only she met her future husband Rajiv Gandhi, who incidentally belonged to the greatest political family in India, the Gandhi family as he was the elder son of the Indian Prime Minister Indira Gandhi. Sonia Gandhi was not involved in politics and contended raising her two children after marrying Rajiv Gandhi. But her involvement in politics started after the assassination of her mother-in-law and when Rajiv Gandhi became Prime Minister.

Howeve,r the real political journey started after the assassination of Rajiv Gandhi and she joined Congress party in 1997. In the beginning of her political career she had to face many obligations and oppositions for her foreign origin but she proved her capability by becoming the party president within 62 days of becoming the party member. She is a successful politician and even the longest running president in the 125-year-old history of Indian National Congress. It was in 2004 and in 2009 that she was the elected MP from Raebareli.

Five Members of Vidhan Sabha represent the five divisions of Raebareli Lok sabha Constituency. They are

Ram Lal Akela: Elected from the Bacchrawan Constituency, Ram Lal Akela is a member of Samajwadi Party. He won the 2012 election against his opposing party RSP candidate Sushil Kumar Pasi. As per the history of Bacchrawan, Ram Lal Akela won the seat for this place in 2002 election with 42.35% vote against the opposition of BSP leader Shyam Sunder Bharti. In 2007 elections however he lost the seat to Raja Ram of Congress Party who won with 33.19% vote whereas his was only 23.61%.

Ram Lal Akela is a postgraduate from Kanpur University with Master of Arts and he passed out in 1997. He passed out Intermediate from National inter College Raibareli in 1987.

Raebareli has been always a strong political location where several parties are involved and a lot of shift in terms of Vidhan Sabha elections and winner seat is visible in the last few years of elections. Many strong candidates having years of experience have lost their position and many new talents of the political field have made a name for them in these places. However the strongest candidate running efficiently the seat of MP for years is Sonia Gandhi who has supported the district and provided various inputs in the growth and progress of Raebareli.

Explore more about Administration in Raebareli