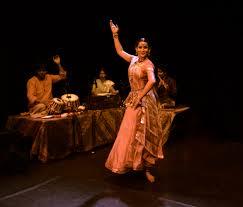 Raebareli is one of the major districts of the state, Uttar Pradesh which emphasizes on the amalgamation of modern culture of Uttar Pradesh and the rich cultural inheritance of Awadh region. To be exact Raebareli is based in the heartland of the Awadh region the origin of which can be traced during the era of Kosala kingdom and during the rule of Mughal Emperor Akbar in 16th century. However it was Nawab Sadaat Ali Khan who laid the foundation of Awadh Dynasty. So with the positive influence of both tradition and modern times, Raebareli is an interesting place for both the natives as well as the visitors of the district.

Culture of a place is greatly influenced by people of the district as well as the festivals celebrated in the region. The people of Raebareli are a mixed population which consists of Hindu, Muslims, Sikhs, Jain and other religion believers. As a result all festivals have equal importance in the district, where in since the Hindu-Muslim population is little higher as compared to others the festivals related to these two religion are celebrated grandly. The major festivals of Reabareli include Ramnavami, Navratri, Nag Panchami, Raksha Bandhan, Janmashtami, Teej, Dusshera, Karwa Chauth, Diwali, Holi, Shivratri and many others. The festivals are often celebrated with diverse melas in the district which involve various craftsman and artisans, dancers and musicians, vendors and hawkers to come together and celebrate the occasion.

The traditional dance form popular here is the kathak dance in sync with musical songs like ghazals, thumri, khayal and others. This can be treated as a positive initiative to retain the traditional culture and inherited love for art and music of the natives.

Some of the popular dance classes in Reabareli are:

The architectural mansions from both the times of Mughal era and Nawabs of Awadh dynasty exist at various places across the district. The tomb of Nawab Jahan Khan is a brilliant structure which is a rich inheritance of the district. Apart from these there are beautifully structural designed mosques from yester years as well as temples built which shows the basic values and ideals, preferences and interest of the people of those days as well as the natives of the district now.

The culture of Raebareli gets reflected even the traditional attires often worn by people of the district. The chikan kurta, the dopala topi, farsi ghaghra with exclusive golden and silver thread embroidered works or silk-based threading and other traditional dresses distinctively, portray the cultural inheritance of Raebareli. Handicraft of Raebareli is equally best due to the excellent craftsmanship and superior artistry in various decorative items be it fashionable accessories or wooden and brass items.

Education is an integral part of the Raebareli district. The city has excelled in the field of learning and today it is one of the best places for pursuance of education since it comprises some of the best educational institutions of the country. A notable figure from the field of education and associated with Raebareli is Dr V.P. Singh, who was the principal of Feroze Gandhi College and who was known across the country for his immense research and contribution in the field of Physiology and Ecology.

Raebareli is an image of the traditional Awadhi culture which has been presently beautified with the colours and thoughts of the present generations and ideas of progressive minds.