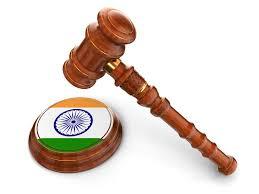 Uttar Pradesh gives huge importance to matters related to law and order, peace and harmony of the state which in turn is the motive shared by respective cities and districts too. Administration of a location becomes complete and apt only with error-free judgment of the honorable Court of Law as and when required. However, most of the cities and districts accept the clause and works accordingly as it is visible in Raebareli district too. The judicial system of the district is extremely strong with eminent judicial officers and magistrates working towards maintaining the harmony of the district with the rightful act of law.

Though the district Raebareli was established in 1858, during the British rule in the country, it was devoid of any proper judicial offices. The district headquarter was named as Raebareli after the Bhairos who were believed to be the origin settlers in the land of this district. The original name of the place was Bhairauli but later it was changed to Raebareli.

It was in 1900 when the first District Court Raebareli was established. The functionality of the court was looked after by the District Judge having civil jurisdiction. He was assisted by the Civil Judge of that time in the area. The first initiative was the functioning of two munsif court mainly munsif Raebareli, which is now classified as Civil Judge (Junior Division) Raebareli, and Munsif Dalmau which again is classified presently as Civil Judge (Junior Divison) Dalmau. Apart from this there were four more munsif courts established which, however, was abolished by the passage of time.

The format followed at that time was little different from the present one. The judicial format of the place was changed to one deputy commissioner who also named as the District Magistrate and the office of the same was assisted by three first class magistrate, one class II Magistrate and there were four tehsildars who were given the jurisdiction of Class III Magistrate to exercise their powers in the specified tehsils and there were some magistrates in tehsils too.

Around 1904, the district judicial system was operational under the supervision and authority of Awadh Court which in turn functioned under the Allahabad High Court having one bench only operating in Lucknow.

The present scenario of judiciary in Raebareli has little similarities with age old judicial structure of the district. At present there is a permanent civil court in the town which is divided into three divisions, the district and session judge, civil judge, senior division and civil judge, judge division. The highest court, however, is the district and session judge in the district as the appellate jurisdiction in both civil and criminal cases lies with this court only. Matters related to succession, lunacy, marriage, insolvency, land acquisition and many others comes under the jurisdiction of these courts. Even the appeals of the munsif courts in matters related to marriage, divorce in Hindu law, Muslim Waqf Act all can be done with the highest court of the district, the court of District and Session Judge.

The present count states that there are seven additional district and session judge operating in the district to steadfast the cases. Among them there is one permanent court of Additional District and Session Judge has been established in the district headquarters to cater the rising criminal cases. There is also a special court established who also deals with the criminal cases and has the authority to provide judgment and give conviction from 10-year-jail imprisonment to life sentence according to the severity of crime. The court also has the authority to entertain appeal over the judgment of magistrates.

However, it may be noted that civil judge, junior division, Raebareli also has the power to Magistrate Class I who deals with criminal cases. There are twenty three judges of different designation at present working for the judiciary system of Raebareli where Shailendra Kumar Agarwal serves the honorable office of District and Session Judge. All other judicial officers are operating as subordinates to him.

Apart from civil court and criminal court in Raebareli there is also the functioning of Consumer Court in Raebareli. According to the Consumer Rights Protection Act of 1986, the consumer has designated rights over products and to protect their interest in the best way there are consumer forums and court which deals with these matters only. However, there are specified rules and policies to register cases which need to be followed by the consumers before filing a case with the forum after the case is filed properly, it is the responsibility of the forum to resolve the same and provide rightful claim in said time.

Judicial matters get huge priority in Reabareli and that is why several courts are established by various designated judges so as to restore the law and order of the district. However, in judicial matters there is mostly scope for appeal and for Raebareli court cases, the higher court of appeal is the Allahabad High Court. If any party is unsatisfied with judgment here the same can apply for High Court Judgement following some rules and regulations.

Explore more about Administration in Raebareli